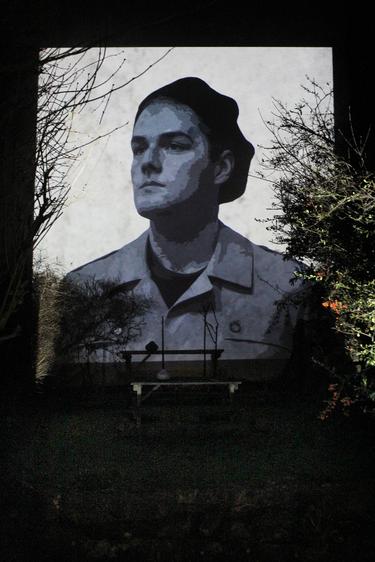 Liam Dunne’s practice explores human relationship with power, the complexities it brings to ones everyday surroundings and life, within his work. Often these are framed instances that would go unnoticed in their original context. His interest in unintentionally referencing social injustices, with recent works, his focus is on wide scale complexity of subjects in a multi-layered way forming a constellation or as he puts it a "Visual Shitstorm". In this way he uses a visual vocabulary that addresses many diverse social and political issues.

Dunne conveys to us his critical, cynical analysis of art being like fashion, which artists become borrowed and their work regurgitated into an unprecedented situation in which the viewer is confronted with visual pollution, the conditioning of their own perception and has to reconsider their biased position. His works bear strong political references and deadpan humour, which is subconsciously within him in his production.

He has exhibited in the UK and internationally most notably, the Luciano Benetton collection “Imago Mundi” Project at the Venice Biennale, Italy. His works are in private and public collections.

Dunne has studied at the Glasgow School of Art where he received an MLitt, Masters of Letters in Fine Art Practice (painting) in 2016. He also obtained his BA (Hons) Fine Art in 2015, from the University of the West of England in Spike Island studios. Liam Dunne currently lives and works in Bristol.
View on Mobile