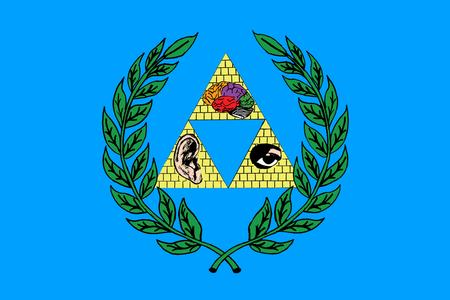 'Visual Shitstorm'.
For his Graduate Show at the Glasgow School of Art in the Tontine, Dunne presents a large-scale installation. The work critiques the effect, explores and proposes the idea that the art world is running out of new forms within painting.
'Visual Shitstorm' is a terminology Dunne uses to describe the mass of imagery; data one accumulates and is bombarded with, in ones mind and daily life. This immersive installation attempts to make sense of the complex issues that are heavily entangled with each other, in the production and consumption of art for its consumers. At closer view of the work Dunne Critiques rebelliously and anarchistic-ally, the diverse power infrastructures within institutions and externally of the art world and its theory. The works are a contemplation of Dunne’s thoughts and observations of what the role of the artist has become in the 21st century. Its content uses political metaphor and analogies to raise the question of the value of art works and to where does the power structures lye within and externally institutions. Dunne acknowledges humans increasingly obsessive digestion of visuals that the brain is exposed too. 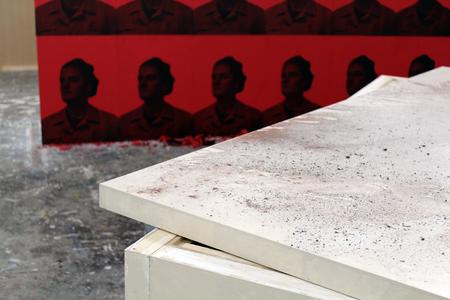 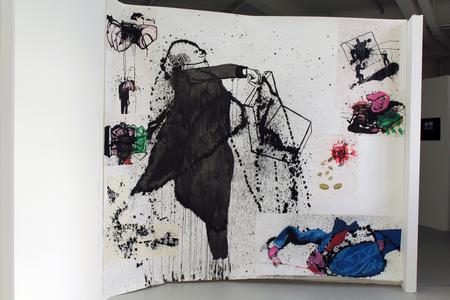 'Cerebellum' (2015)is the name of Dunne's utopian country, derived from the brain. Which plays and questions the Viewers perception on whether they think the country is virtual or apart of reality.  With any form of dictatorship there will always be opponents which Dunne likes to refer to them as "the critics". The Country needed a president so Dunne elected himself. Dunne's invention explored the factors of running a country, with that exploring many social problems we see today right down to revolution, corruption within governments and humans relationship with power.

Mausoleum for the president of Dunne's utopian country entitled 'Cerebellum'. The show consisted of a installation piece entitled 'Sede Vacante - The Vacant Seat' (2015), Consisting of a sarcophagus made out of wood and plaster, silk-screen prints wallpapered onto wall.